I’m not really a comic book person, but when a good game comes along I won’t pass it up. UD is probably the ONLY game ever made that lets you jump 300 feet in the air. Jump over skyscrapers, grab cars and use them as steel fists, battle giant mechs and grab on the copters and bring them to the ground. UD pulls this off superbly but not perfectly. The main problem with UD is the extreme difficulty. The difficulty is unbalanced so you’ll get an easy mission than an impossible one. The enemies just won’t let up at all. You’ll have 10 mechs come after you shooting missiles and what not and after a few minutes, you’re dead. This will make some people just give up (such as myself). 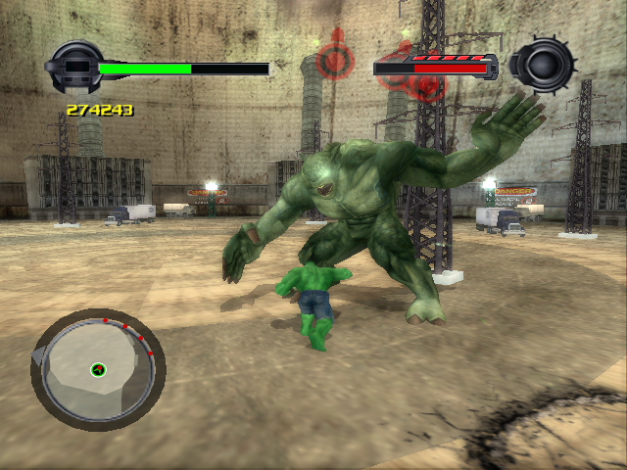 The game has a pretty decent story, but it’s nothing too special. You are Bruce Banner who tries to tame the Hulk inside of him by partnering up with a scientist and getting various parts to build the machine to do the latter. Some missions have you protecting things, some have you destroying things, and some have you fetching things. That is pretty much all the missions are about. The combat is really rewarding and awesome. You have to basic attack but combos with these will do massive damage along with grabs and slams. You can buy new upgrades after you unlock each chapter.

There are good 50+ moves and they are all different. Some vary from being able to grab and throw things while running, to jumping on copters and bringing them to the ground. This would be even more fun if there was some sort of block or counter button. You have to take all the damage that sent at you unless you purchase moves that send missiles flying back and what not. You can run up buildings and fly over them to get healthy but you’ll be doing this more than fighting and it’s so annoying. While the initial introduction of flying all over the place and jumping as high as a plane, and being able to utterly destroy a whole city is fun it gets old kind of fast because that’s all you do in this game. 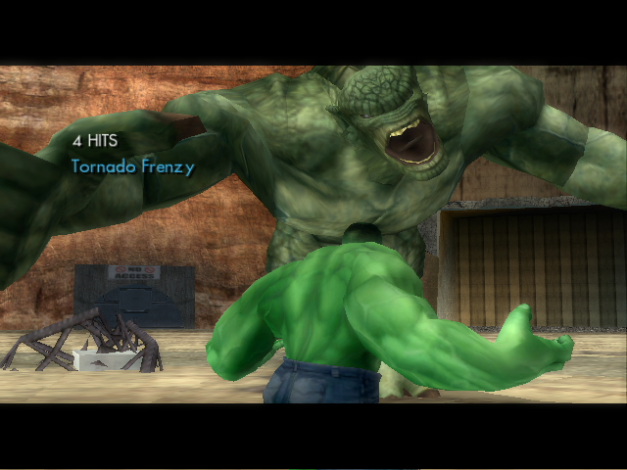 You do have mini-games you can play but they are pretty lame and boring. You can use a pole to smack enemies as far as you can in one, races, float and land in the middle of a giant ring, rescue people etc. but they just aren’t as fun as they sound. Hulk fan will be able to unlock artwork and what not through pickups in the game but this still doesn’t save you from fighting the difficulty. The graphics are nothing special. This is a 2003 game so it looks pretty bad compared to today. If you can stomach the high difficulty then pick this up. If only this game were easier I would have been able to finish it.