I’m not an X-Men fan nor a comic book fan so you can expect a fair unbiased review first off. One great thing to think about when thinking about this game is that you don’t need to be an X-Men or comic fan to like this game, all you have to do is like action/adventure games (God of War, Prince of Persia, Bionic Commando etc.) The game starts out pretty heavy and shows some great graphics, cinematic gameplay, and great voice acting (by none other than Hugh Jackman himself) all while skydiving into the forests of Africa. When you land you’ll be shown a quick tutorial on how to use heavy and light attacks along with combos. You’ll learn how to do quick kills which are a timed heavy attack complete with a zoom in slow-mo gruesome and gory kill. Yes, I said gory, and yes this is the first Mature-rated comic book game ever made and I’m am so glad Marvel got off their high horse *cough DC* and start showing their characters true feral side. 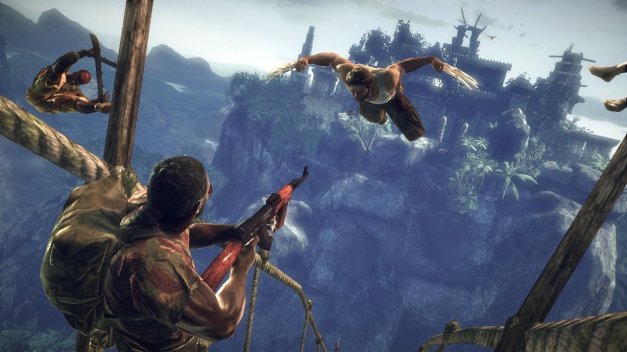 Most of Wolverine is based around combat since the story is simply only for hardcore fans, people who saw the movie (I hear it’s excellent and Mr. Jackman is the best Wolverine yet), or the fact that the story is just too cut up and flashed back to really get a grip on. A lot of the combat may feel repetitive sometimes, but it’s all cut up thanks to great platforming sections, some action button timing, and some really big guys you must take on, and sprinkle on some epic boss fights. Each enemy must be killed differently since some are not weak to quick kills and must be weakened, some can’t be thrown off ledges, some enemies can only be killed in feral sense mode since their camouflaged. Each enemy has different quick kill animations and thus making the game feel less repetitive. You can unlock different moves by leveling up along with permanently increase your health and rage meter. Rage always you to perform four of the rage moves which range from a blender style claw spin to a saw blade style spin. Each one can be upgraded for a longer time, more power, more speed etc. You also have three slots for mutagens which somehow passively enhance the gameplay by added some more health, making rage moves more powerful, or you gain more experience per kill. All these are easily in sync with each other along with a great tree that allows you to learn things about your enemies for every kill so they die faster later on in the game. This immense skill tree really works brilliantly and keeps the game from feeling to cookie cutter. The game does have puzzles when it comes to environments and some puzzles are even part of the environment. These puzzles are never hard to figure out thanks to your feral senses, but the timing of certain puzzles can be frustrating. Speaking of frustrating the only real gripe I have with the game is that the difficulty isn’t balanced very well so several levels will be easy then suddenly an ultra hard one then an easy then maybe a few hard ones. Same goes for certain sections in levels and this can lead some people to throw their controller at the wall…or a person. A lot of puzzles consist of pushing blocks to get up on certain ledges, pulling panels out of walls to unlock certain doors and some level length puzzles such as using the hand of a giant robot to destroy the head firing lasers to get through the only door out of the base.

Let’s talk boss fights. Some range from other X-Men universe characters (Saber Tooth for one) that are easily killed, along with some that are hundreds of stories high (like the epic robot boss fight that you fight from space while falling down to earth…yes uber epic). Boss fights aren’t annoying you just have to learn their moves. 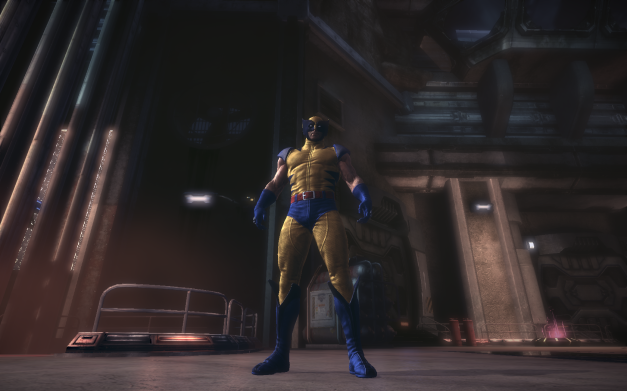 The visuals in the game are astounding using the Unreal 3 engine you can expect some of the finest looking graphics yet. Everything looks sharp, clean, and highly detailed for your ultimate Wolverine experience. There are some nice unlockables for fans of the game and I guarantee this game will turn haters into lovers.