Arcade racing games have always tried to do something new other than just adding new cars, tracks, and customizability. Racing games are trying to go beyond that with bringing in the environment and get more involved with the other opponents instead of just racing them to the finish line. Split Second tries to involve everything around you in the race and you really get the feeling that it is. The guys behind the hit sleeper Pure bring back exhilarating speed with top-notch audio, visuals, and controls. The focus around Split Second is bringing the environment down around your opponents and get ahead in the race. 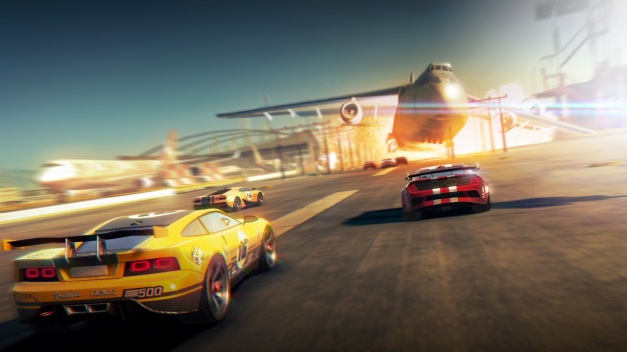 The way you accomplish this is by building up your power meter which has three segments. Doing drifts, shunts, jumps, or slipstreaming will grant you this power. Activate the power when the icon appears above an opponent and BLAM! something’s going to happen, but you have to watch out because you can wreck yourself doing this as well. You can start out by blowing up cars near opponents, but it’s when you can level whole pieces of track on top of them that it really gets exciting. Having a landing plane come crashing down you and trying to drive under its wing is pretty damn cool and has never been done before in a racing game. Watching huge towers fall down and block the path can really get your adrenaline going especially when you start getting ahead.

Yeah, the further ahead you get in the pack the bigger of the target you’re going to be and the more you’re going to have to watch out. I’ve never played a racing game before where I was actually afraid to be in first since everyone will be targeting me. There are several modes to keep this interesting such as time attacks, and an eliminator mode as well as others that have you dodging things, and even shooting back at helicopters. 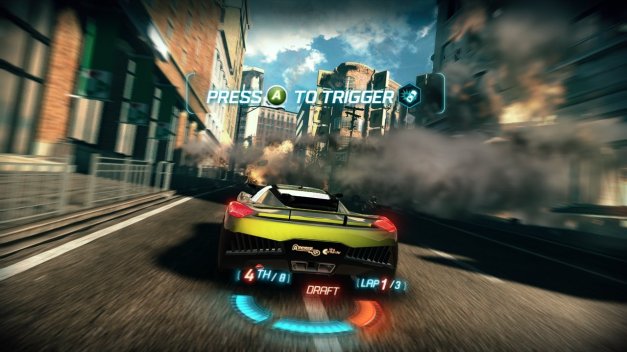 You can unlock cars, and most of them vary depending on their stats but don’t expect any real-life cars here. These are generic and Burnout fans will already be used to this. Unlocking new episodes is rewarding and it keeps you playing through the long game, so you won’t ever get bored.

The game looks and sounds great, but the PC version suffers from a bug that makes the music drown out the car sounds if you have any surround sound system at all. Also, playing the game on a keyboard is no good since you can’t get precise control of your car. I recommend a gamepad for this or even a wheel if you have one. The multiplayer is what you would expect, and it a bit more intense thanks to the more clever human opponents. 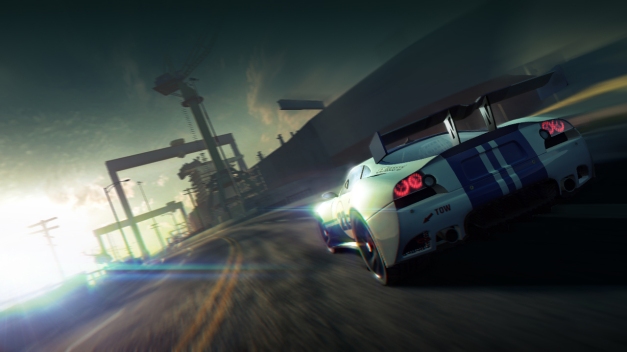 Split Second is a racing game that really tries to define the genre and really does a good job doing it if only it weren’t so repetitive. While the game is super fun it slowly wears off unless you play in short bursts. The game really could have built upon the destructible environment idea more and made it a bit more controllable. Despite this Split Second is a must for action racing fans, and you will walk away with a smile on your face and sweat on your palm.