In defense of the game’s formula, you really have to be an FPS nut, or a fan of the classic games like Doom and Quake, to appreciate what’s going on here. There are no cinematic events, no quick-time events, or helicopter rides. This is just pure shooting with enemies doing nothing but coming after you. If you played the last game and its expansion and got tired of it you probably want to come back again because of the interesting and completely original levels and enemies. That’s probably the only saving grace for Overdose, but it does have some niceties.

First off the story is semi-interesting with you playing as a half-demon/half-angel who gets thrown into a prison in Hell for thousands of years by Samuel and Cerberus. You ascend through Hell, up to the middle plane, then up into Heaven. The levels are just awesome and so original like Dead Marsh which is inspired by H.P Lovecraft with Cthulhu-type enemies. Riot is a level with creepy-looking police, hoodlums, and sexy nurses. Farmland has creepy reanimated butchered animals, and the list goes on but the gory mature nature of Painkiller stays. I liked this game over the last more because of these awesome new levels and enemies that are drastically different from before and never feel repetitive. 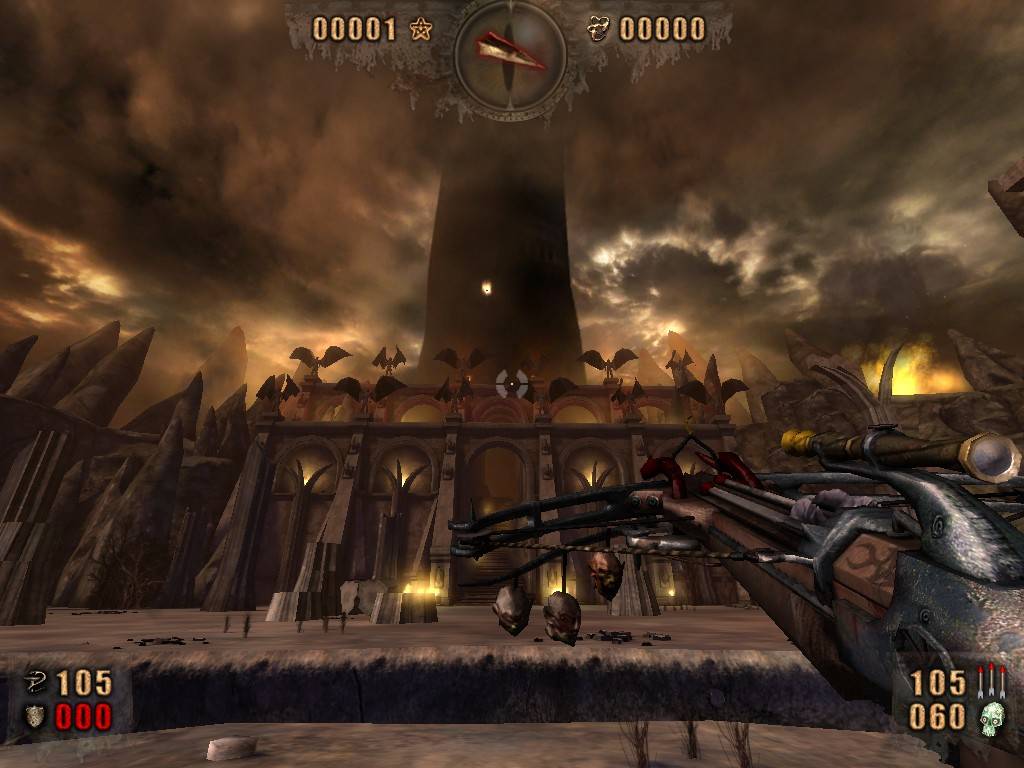 The weapons are all new with an Evil Eye which is a severed demon head that shoots a laser eye. You get a cannonball launcher with a machine gun attached, crossbow, radiation launcher, and just a bunch of cool weapons that make the game feel completely new. Of course, you get to collect coins in the game and use it on tarot cards that act as perks which you will really need if you aren’t playing on Daydream difficulty.

That is also the main problem with Overdose is that it’s ten times harder than the last game. You will die hundreds of times throughout the game, and I couldn’t beat it on anything higher than Daydream because it’s just too damn hard. My only other comment is that the character you play chimes in every so often with funny comments and will react to the level you are in when you enter it. Despite all this, the game is just running around and shooting, end of the story. It can get boring really quick and only hardcore FPS fans should stray into the Painkiller realm because it’s damn hard. Unfortunately, online play is pretty much dead now, but we do get updated visuals and it looks good even for its age. Stay away if you don’t like tough shooters, come back if you love Painkiller.