Angry Birds, why are you so popular? Everyone plays this game and everyone who hasn’t has at least heard of it. It was a digital phenomenon that sent a little indie game developer soaring into the millions. There is every type of merchandise available for a $1 game. Why is it so appealing to everyone? The game struck a perfect balance of hardcore perfection-type gameplay and casual gamer fun. While Rovio put out a Seasons and Rio version of the game out the series was getting tiresome. Space adds a couple new layers of depth to the series. 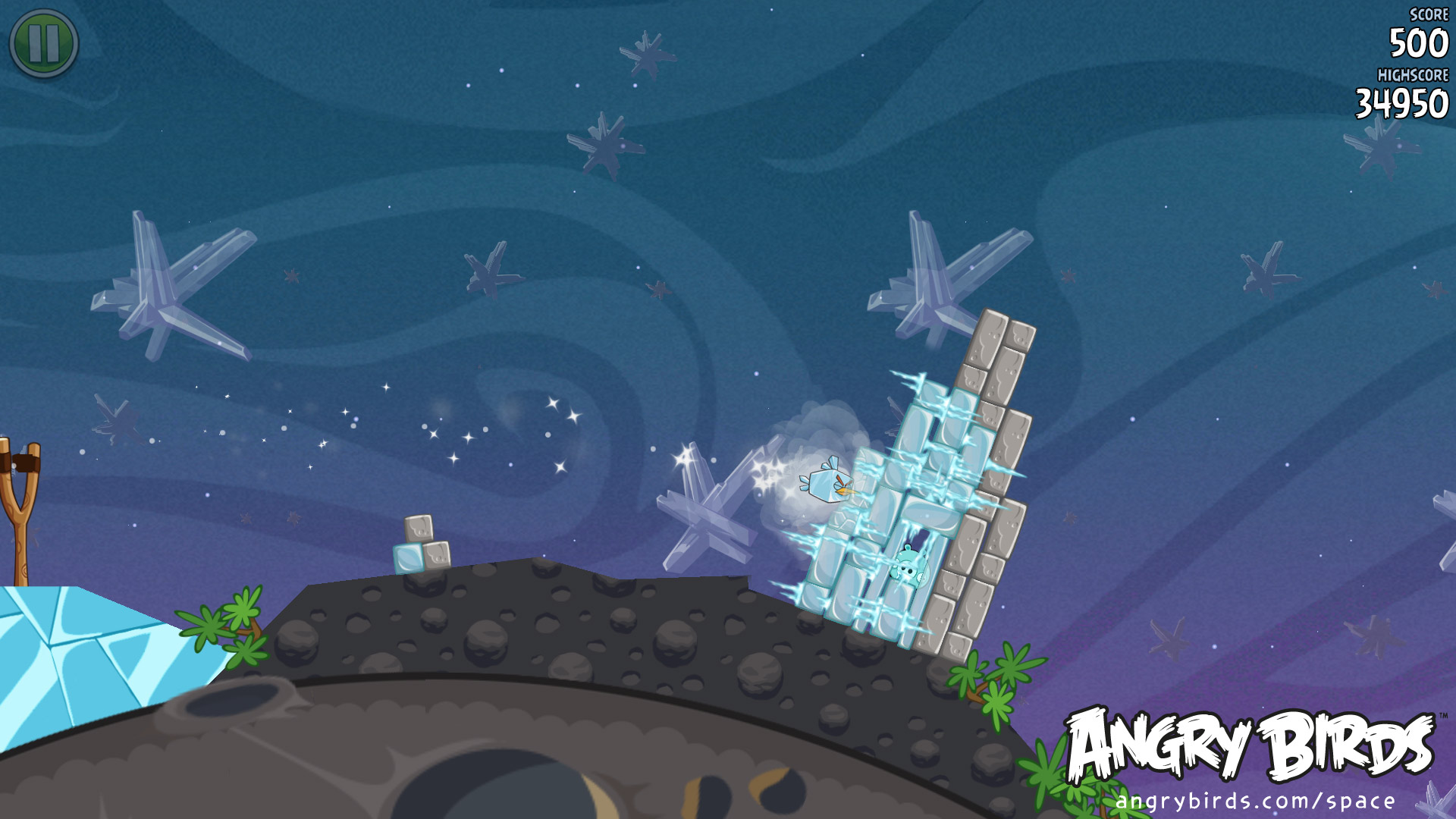 The game involves gravity play as you would expect. Yes, you are in space, and yes, the game plays differently. You flick your birds across space and try to get them sucked into the gravitational pull of planets where the usual obstacles and pigs lie. The added layer is that you can approach these puzzles at multiple angles. Have a bunch of blocks on one side of a pig? Flick your bird on the opposite side of the planet and watch it fly around using the pull of the planet and knock it down. As puzzles get harder multiple planets are lined up so trick shots are needed. 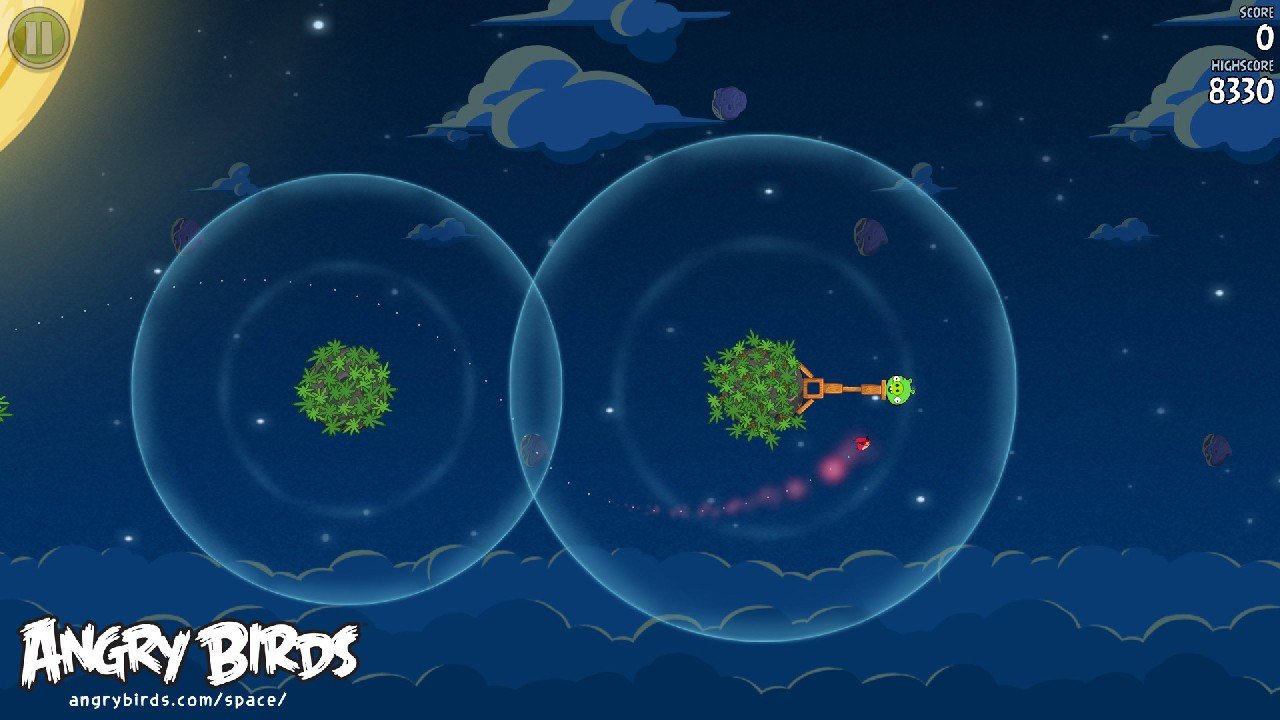 The usual birds are back with a couple of new ones like the ice bird which freezes blocks so they shatter. The new gravity gameplay actually makes the environment a puzzle so it doesn’t feel like the same type of puzzle over and over again. This also makes the game harder, so if you were afraid of that it came true. This actually makes the game more engaging and I could play in longer spurts because each puzzle felt really different. There is a new model that is almost like a Space Invaders clone where you have to knock through aliens to get to the moving pig at the top. It’s fun but also hard to get to because these levels are hidden golden eggs throughout the game. 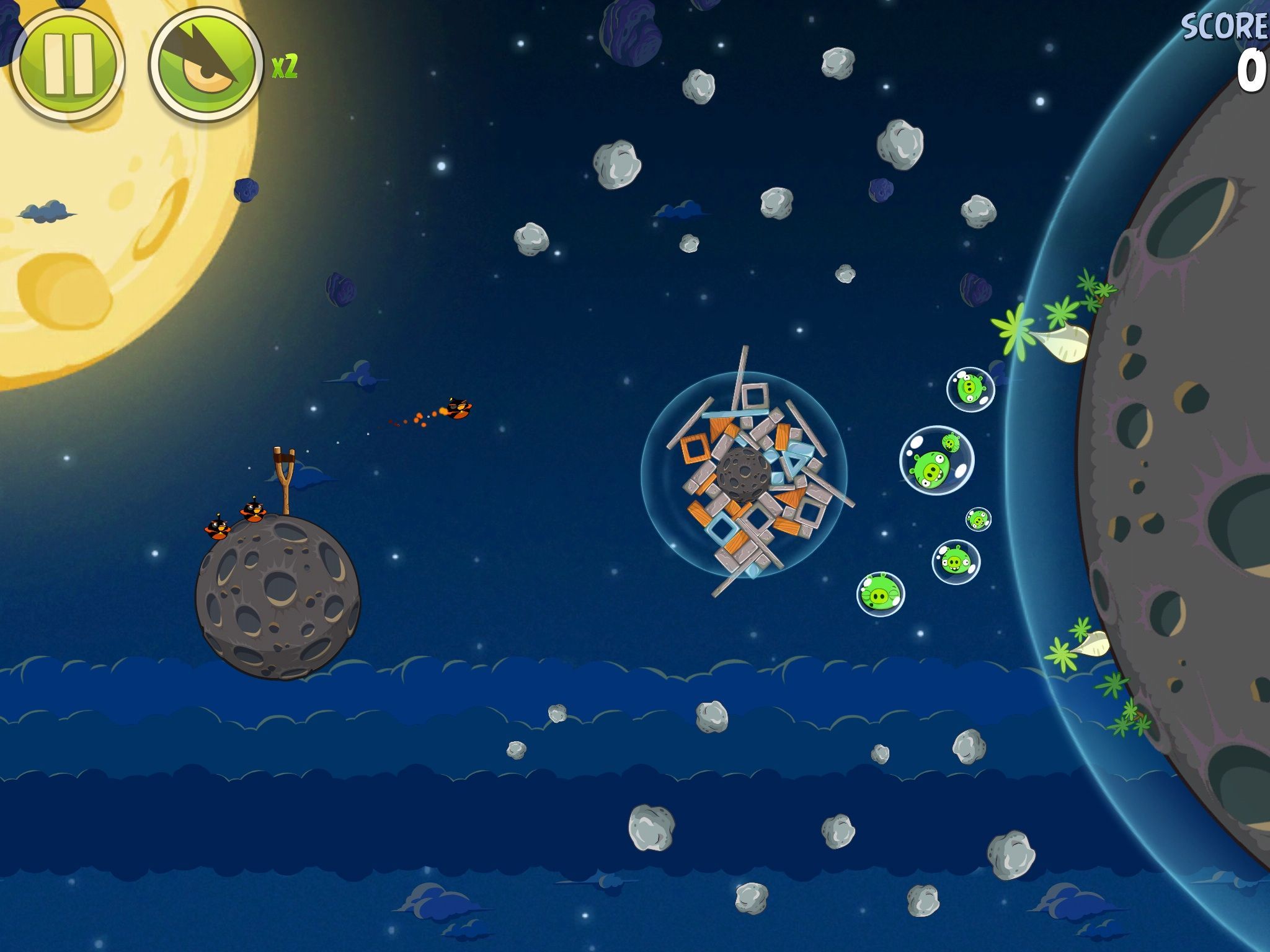 Overall, Space adds a much-needed layer of depth using gravity and I like it a lot. I feel this game is geared more towards core gamers than casual, but both still apply here. There are hundreds of levels to start with, and obviously, more is coming. If you love Angry Birds then Space is an exciting and long-awaited sequel to a worldwide phenomenon.