X Blades was a pretty bad game when it came out with combat that wasn’t fun, a lame story, bad graphics, and just all-around bad. The sequel is much better but still isn’t great. Ayumi is back trying to find some sort of Dragon Sphere in Dragon Land but has to get through the Sky Guards who are trying to stop her from awakening The Keeper who is guarding this sphere. The plot is very “meh” and doesn’t have any redeeming value. The combat is decent with some fun shooting mechanics, but everything here is broken to some degree. 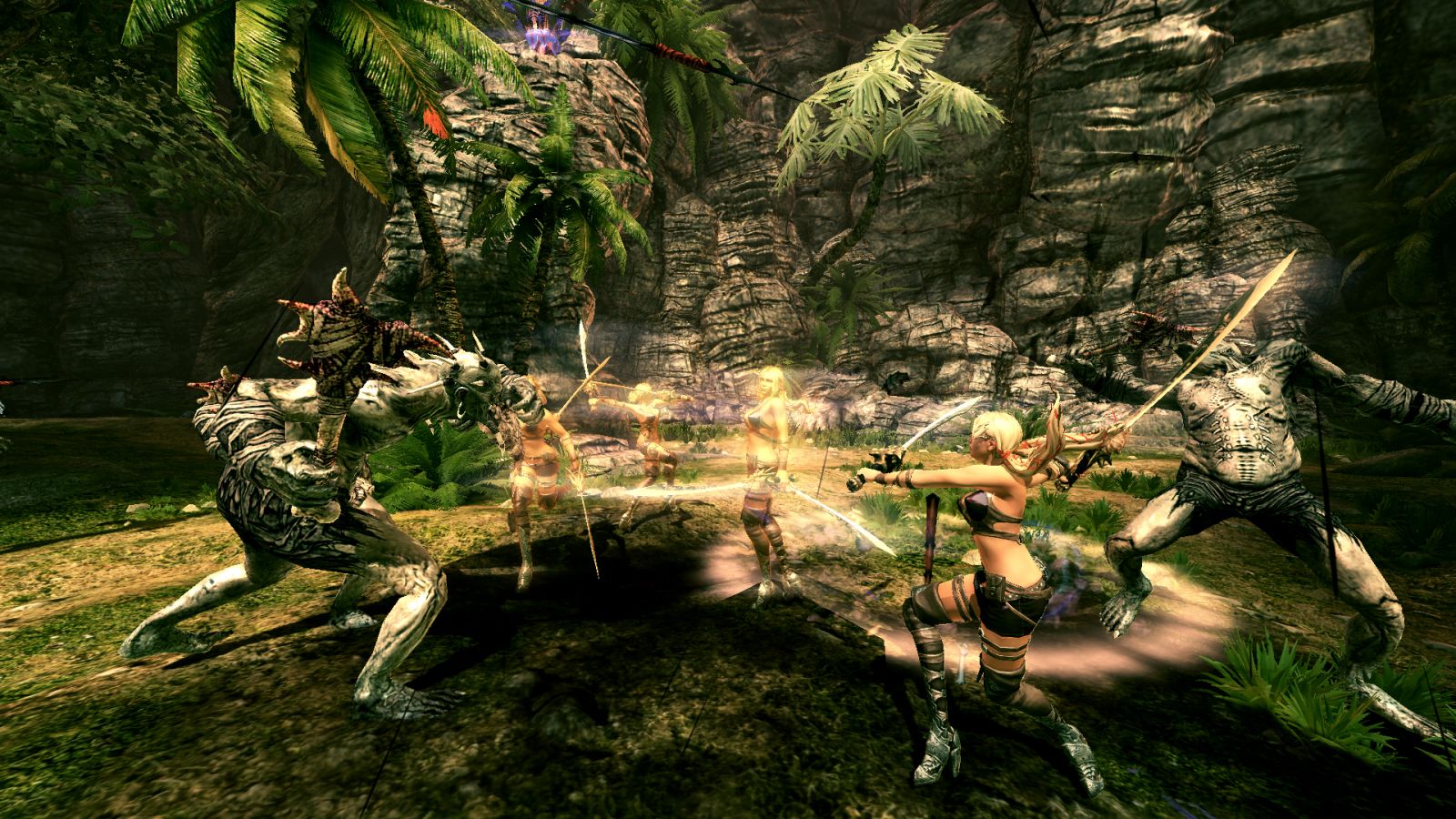 Take combat for starters. There are only light and heavy attacks and the same combos throughout the whole game. You can’t unlock new moves or combos just spells. These spells consist of fire, ice, and power. As you beat up on enemies your spell gauge will increase to one and two skulls. One unleashes a weak attack while two are powerful. If you fill your bar up all the way you get a health pack. This would be fine if unleashing this magic wasn’t done in a terrible fashion. Holding down the spell button to charge it then pressing the appropriate spell button slows down combat. Why can’t I just equip the spell and unleash it with one button? It doesn’t help that enemies can interrupt the spell charge leading to cheap deaths. Speaking of deaths, you can die very easily in this game causing you to constantly use health packs.

Platforming is just as bad because Ayumi doesn’t jump very far making you rely on her dash move. If you don’t judge a distance right she will just drop like a rock after her dash. That’s why you dash jump around floating corrals, but fighting on small platforms is a nightmare because the knockback seems to be glitched because she will fly across the level sometimes if hit by large enemies. You can shoot with guns you find throughout the game and this is at least decent. Shooting enemies feel good with the different weapons and can actually help you when you’re low on health and need to back off.

The third part of Blades of Time is puzzle solving. This is in the form of rewinding time and using switches that you stand on. Anyone who has played Ratchet & Clank: A Crack in Time will know what I’m talking about. This seems to be dull and confusing at first, but you can also use this during combat. Some larger enemies need two Ayumis to take them down via quick-time events which are poorly implemented here. I really felt this time rewind feature could have been used in better ways than opening doors and beating only a couple different enemies. You can use your compass to find hidden items that give you various stat effects, but these are really easy to find because the compass points you right to it.

The graphics are average at best. The textures have a pretty low resolution, but the art style is nice with varied environments and different suits that Ayumi wears. Overall, everything is just flawed in some way due to poor mechanics. The combat is repetitive and dull with the same attacks, puzzle-solving is boring and confusing, and the few platforming sections are hard due to bad jumping mechanics. The story is bland with boring characters, and even Ayumi isn’t all that interesting (she tries to be a new-age Lara Croft). The game is playable, but after you play it you will quickly forget about it.