Wipeout is one of the longest-running racing series out there debuting on the original PlayStation and has spanned every PlayStation console ever since. 2048 is the first Wipeout on the Vita, so what would a PlayStation console launch be like without a Wipeout title? 2048 doesn’t really do much to change the series which it desperately needs, so that is probably the worst part about the game. This, overall, is a very solid Wipeout game.

Everyone mainly looks forward to how far a Wipeout game can push a console. The game looks amazing on the Vita with a great sense of speed. Wipeout is known for a wide variety of event types and 2048 delivers there too. There’s a time attack, zone events, and a new combat-type event. I don’t know why this wasn’t in any previous Wipeouts, but you just go around destroying as many vehicles are you can and earn points. Zone events return where the car accelerates on its own and you just have to survive. I wish there were more original event types, but what’s here works fine and there are a lot of them.

The vehicle classes are fun and the speed ramps up pretty quick in this version. B to A has a huge difference, but some fans may turn their nose up at the thought. I preferred this, but don’t worry there are plenty of vehicles to unlock and use so you can fine-tune your play style just the way you want. There are plenty of unique tracks that look great and are designed well. My major complaint is that there aren’t any new weapons. The same quake, rocket, missile, mines, etc. are still present and haven’t ever changed.

Multiplayer is where the most fun is at, but this time there is Wi-Fi so you can play online. A huge complaint I have is that the load times are just absolutely atrocious. There have been patches since release to shorten them, but they are still pretty long and need to be cut down even more. If you can look past these issues then 2048 is the best racer on the Vita right now. The game controls very well thanks to the actual analog stick so PSP fans will notice smoother controls this time around. If you own the PS3 Wipeout you can do Cross-Play which is fun and makes you feel like you got your money’s worth. 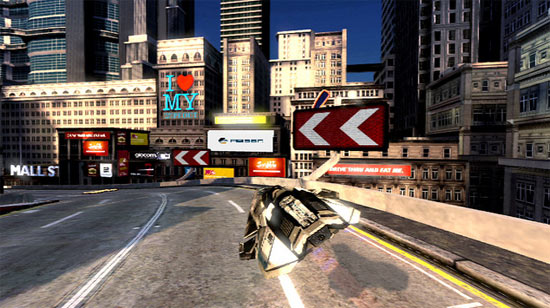 Overall, longtime fans may either hate this game or love it depending on how you feel about the series as it stands today. It really needs some renovation with new weapons, event types, and maybe some customization? 2048 is stunning to look at on the Vita but suffers some seriously long load times in a turn.