SSX brings back the series with a “reboot”. The series adds a dose of realism in the otherwise very arcade-style gameplay, and it doesn’t fit well here. I had more issues with the game than I wanted, but the game is worth a bargain bin purchase or weekend rental, just don’t expect anything as amazing as previous games. 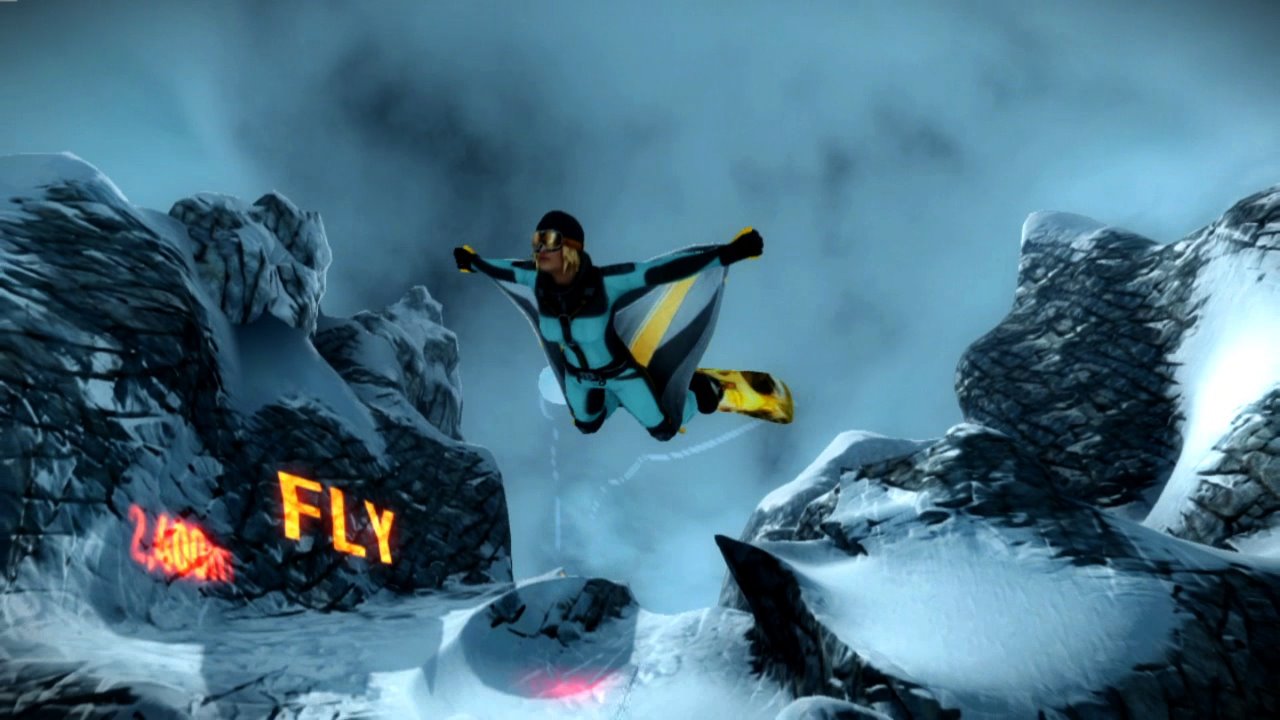 You have to conquer nine deadly descents, and each represents a new “gameplay challenge” such as large gaps, darkness, ice, trees, rocks, etc. I didn’t think these were fun at all. They hindered the otherwise fun arcade-style gameplay. I also didn’t like the realistic NASA maps of mountains because each level felt haphazardly designed, and it was hard to get good lines going because of the random terrain layout. There are caves and tunnels, random ramps, peaks jutting out of the ground near where you need to land, and other problems. Wingsuiting into a tunnel that is completely dark is not fun or exciting to me. There’s even a problem with the lack of customization and gameplay modes.

The trick system has been tweaked, but you can go back to the classic one if you like. Using EA’s right stick flick system, the tricks can be pulled this way while tweaking them with RT. I loved being able to use LT near a ledge or grindable object and latch on. You can even use a mix of buttons and the right stick for people who prefer that. The trick system is simple enough, but using the right stick makes the tricks feel random. You can’t plan out tricks or anything like that at all. If you do well enough you go into Tricky Mode which makes you go faster and gives you more awesome tricks to tweak. Super Tricky Mode or Uber Mode makes you go super fast while letting you pull off signature Uber moves. These are really awesome, and it did feel good when I pulled off long and intricate lines that scored me millions of points in one go, but this didn’t happen very often.

Trick mode is the only mode that allows you to use tricks to win. Races require you to stay on the ground and only do tricks to earn a boost, but your score means nothing. When you beat the 3-4 events before the deadly descent all you have to do is survive. The timer is simply only for leaderboards. If you survive you get an automatic gold medal which is a bit too easy for me. On top of all this, you can buy boards, gear, and outfits. The series uses signature characters, but I wanted to be able to customize my own character. Even the outfits are disappointing because they’re just palette swaps.

Overall, SSX feels random and haphazard all around. The realistic terrain hinders perfect lines, deadly elements like darkness, trees, and rocks hinder the fast-paced arcade gameplay, and the right stick allows basically just random tricks. The customization is poor and shallow, and even the graphics are disappointing. The Xbox 360 had blurry visuals and low-resolution textures which are a huge disappointment. SSX is fun while it lasts, but the 40 or so events will go by quick and will leave you wanting to go back to earlier games in the series.