BioWare is a company that revolutionized the action RPG genre for the western era. In a time where Japanese RPGs dominated the market, BioWare was sitting in a little studio churning out one of the best RPGs of all time. I remember when I was younger how much of a big hoopla this game was. For someone who didn’t own an Xbox or a PC that could run the game, it still slipped under my radar. I eventually got a chance to rent the game years later on 360 and quickly got bored due to its age. I finally picked it up again on the PC and I am glad I did. The game may feel very dated and old (an entire decade), but there’s no denying the excellent story and well-crafted atmosphere that truly feels genuine in the Star Wars universe. 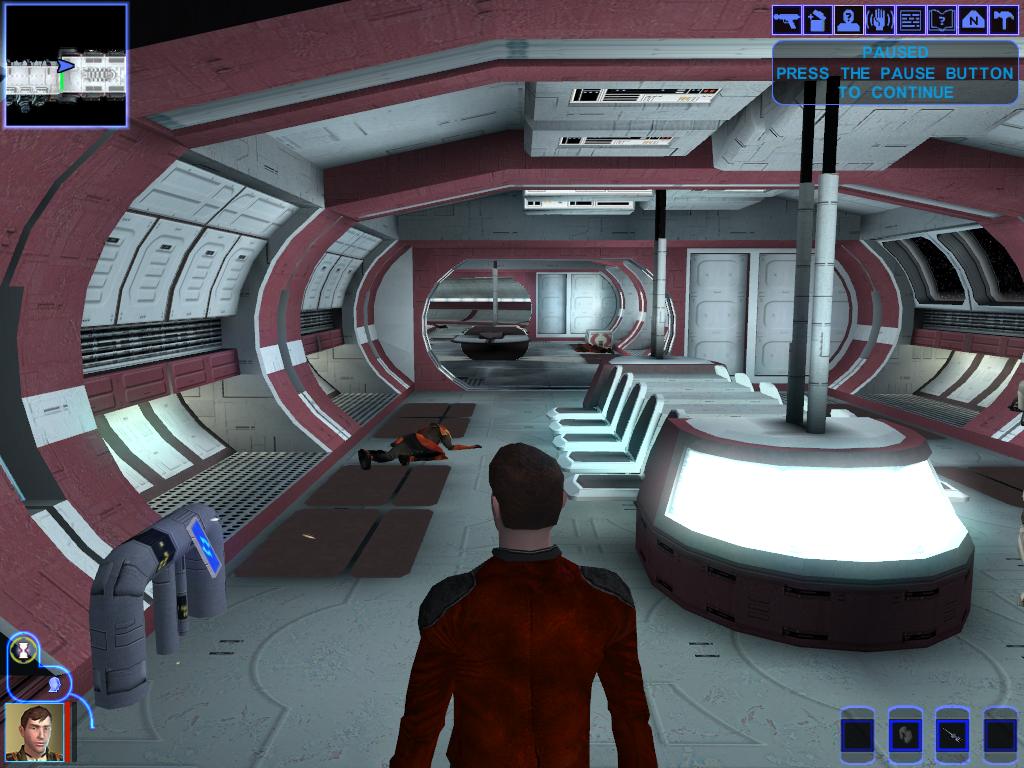 You play a custom character that has to defeat the evil Sith Lord Darth Malak. He has found some sort of Star Forge to use against the Republic, so you are shadowing his footsteps to find the Star Maps to this Star Forge. This takes you across several planets such as Tatooine, Dantooine, Kashyyyk, Korriban, Kevin, and even Taris. You acquire companions along the way of all types and endure some pretty tough battles and story choices. You have to constantly choose between the light and dark side during choices, and there are plenty of ways to go about the story.

Firstly, you can choose any world in any order. Each one is roughly laid out the same with a large hub area than an area beyond where your main quest and some side quests lie. I got rather annoyed with the constant similar layouts and wished for variety. Each world has the Star Map area blocked off until you fix some global catastrophe on the planet. Some are so serious that your decision will determine if you are allowed back on later. Besides running around and talking to people to get quests and buy stuff, the combat and customization are fathoms deep; fans will be pleased.

You can customize your character with a plethora of items such as implants, shields, different weapons from lightsabers, blasters, vibroblades, belts, armor, robes, headgear, and I haven’t even started on leveling up. You should pick your character based on how you’re going to fight. I chose to use melee weapons because you eventually go through Jedi training and get your first lightsaber. I have to say that this brought a smile to my face when I inserted my crystals and watched my character whip around those sabers with the classic lightsaber sounds. Nothing can top that.

The game allows you to customize all your items by inserting upgrades that you find or buy. This is mandatory because there really isn’t a “most powerful weapon in the game”. You just get a powerful weapon and you have to upgrade it or it won’t do you much good. Other than this there is the deep leveling system. You can choose an attribute, feat, power, and skill. Feats affect what you use physically in combat and what combat attacks you can use. Powers are force powers and there are plenty of them. All light and dark powers you can possibly think of are here. I had a lot of fun using them in combat and getting an edge over certain enemies. The level cap is at 20, but most people probably won’t even hit that by the end. I finished at level 18 and didn’t have too hard of a time finishing it. You can even choose how your companions level up because you can control them too! This is great for people who like a variety and can’t have every skill available for your character.

Combat is turned-based with dice rolling behind the scenes. I really would have liked real-time combat, but what’s here is exciting and fun on its own. There are tons of different enemies to fight on each planet, and some are harder than others. I found the game really hard at first, but after a while, you will level up and find the game very balanced. There are some issues in combat that just really annoyed me. There seems to be a targeting problem in small areas. When you click the action you want the characters will get stuck in an endlessly looping animation if there is someone in their way. This can cause you a battle because you have to disengage and restart the attack or move around the obtrusion. This happened quite a lot, but you will learn to just live with it.

While the story is interesting and choosing how dialog will change it is fun, there are some issues here. Instead of your choice being final, some dialog trees will allow you to go back and change your answer or no matter how you persuade or force persuade neither will work and you can’t continue the dialog. This is usually on side missions, but I have never seen the persuade option fail so much in a BioWare game. No matter how much I leveled up my persuasion attribute I failed an awful lot. Other than this, though, my other issue is that some dialog just drags on way too long. I found myself skipping a lot of it or just reading ahead of the voices. These, again, are just minor issues that can be overlooked.

The graphics in the game look old and terrible these days, but back in the day, they looked amazing. I can see why it looked so good then, but you can still feel the Star Wars atmosphere and that’s what counts the most. The character models and animations are stiff, blocky, and repeat a lot, but overall it works. Even some of the voice acting is spotty at best, but overall it is pretty good.

KotOR is an amazing Star Wars experience, but the age may turn a lot of people off. My biggest issue of all is that the game doesn’t give any clues on where to go ever. You get no hints and are left on your own to just figure out what to do. I had to use a walkthrough through most of the game because I had no idea where to go, or some quests were very cryptic. This is a huge no-no for me and really hurt the score the most. Overall, this is an amazing Star Wars game and any Star Wars fan will love this game.