I know what you’re probably thinking. Deadly Alliance on the GBA? Puh-lease. Don’t criticize the game just yet. Deadly Alliance for GBA is a solid fighter with a trick 3D fighting system that is simplified from the console versions. The game features a full Krypt, mini-games, and a new Survival mode. The graphics are surprisingly good and the sound quality is excellent. 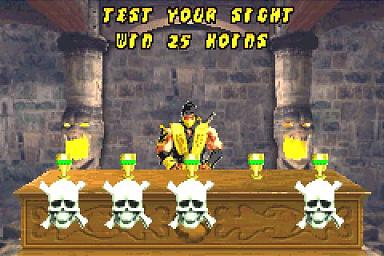 Unlike past Mortal Kombat handheld ports, this game is actually good. The fighting system is a mix of 2D and 3D with each character’s 2 main martial arts stances (the weapon stance was taken out). The fighting system may seem dumbed down or too simple because the GBA only has two face buttons. Using a combo of the D-pad and face buttons you can pull off some great combos with ease. The whole transition feels natural and hand-tailored to the console. My main disappointment is the lack of characters. Only about 10 made it into the GBA version, but a new character, Sareena, made it into the game from Mortal Kombat Mythologies: Sub-Zero. I am also disappointed that each character only has one Fatality (like in the console version), but they are different and quite detailed for a GBA game. 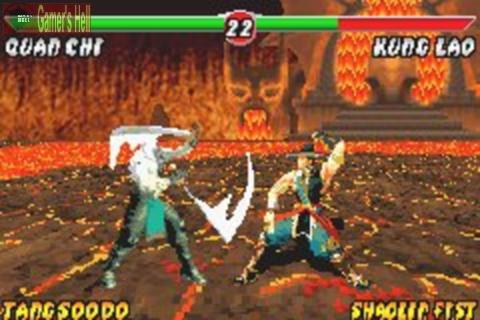 The sound quality is excellent with the announcer’s voice intact. The graphics are pretty decent with full 3D backgrounds, but they are very muddy and lack any detail. The graphics are a love/hate type of thing. The Test-You-Might and Sight are fully intact here which is nice, but the Konquest mode is obviously missing, but instead, there is a Survival mode that was stuck in here. There is a full Krypt with alternative costumes and other things. So this is a huge MK experience on the GBA and probably the best one. 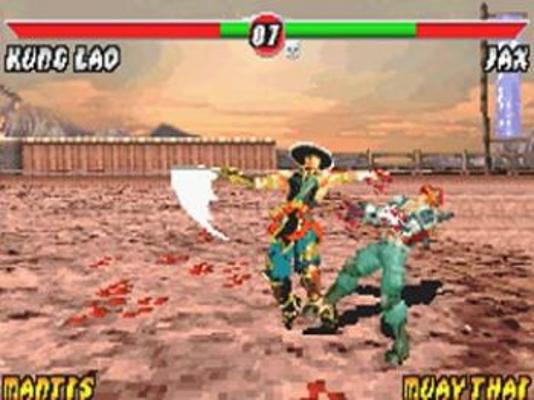 If you loved Deadly Alliance or just want a solid fighter on your GBA then pick this up. There is a lot of content in here and the fighting system is solid and fluid. The graphics look pretty and the sound quality is excellent so you have no reason not to play this!