When big new action RPGs come out I am very wary because it is very difficult to create a convincing believable world without forcing it onto the player. Amalur fails in this sense and feels extremely forced and weak in almost every way. The game is just too big for its britches and tries to do too much. There is too much game here that feels empty and boring and the game seriously lacks polish everywhere you look.

Let’s start with the story. The story, lore, environment, characters, all of it just feels forced and not memorable at all. Almost every aspect of the story is just boring and I could not care for anything even if I tried. There are too many unpronounceable names and just too much thrown at you early on. Games like The Elder Scrolls, Fallout, Fable and other action RPGs dole it out slowly, but also have names and lore that is just memorable. It just doesn’t click here and you will notice this about 3-4 hours into the game. I looked all over the place desperately trying to find that one quest or character that would make everything click but I just couldn’t. The story has something to do with Fey and war, and yeah I lost track early on because there is just too much distraction here.

It doesn’t help that the game is so hard to navigate. There is a fast travel system via the map, but the world is just way too big and empty. There are no memorable landmarks and every place just starts looking the same after a while. The game forces level grinding on you so you are locked out of areas due to enemies killing you in one hit until you level up more. Leveling up takes so long in this game and forces you to do these side quests too and ultimately makes you want to quit playing. The menus are clunky and confusing and I still couldn’t really figure out the crafting systems even 10 hours into the game. There is just so much in this game that needs polish, but the game just needs to be seriously downsized.

There are way too many pointless and boring side quests. I could count 30+ side quests in my journal at one time that spread across the entire map. You feel completely lost and have no idea where to start, it also doesn’t help that the game is just way too long. That is fine in a game where you love the lore and characters, but here you just want it to end. Too many characters are introduced too fast, they have boring personalities, and all just look and sound the same after a while. I swear I was introduced to 50+ characters by the 15-hour mark and I felt my brain swim in the confusion. I got tossed to many names of races, characters, magical relics, landmarks, towns, buildings, weapons, and other things that my brain just imploded after a while. 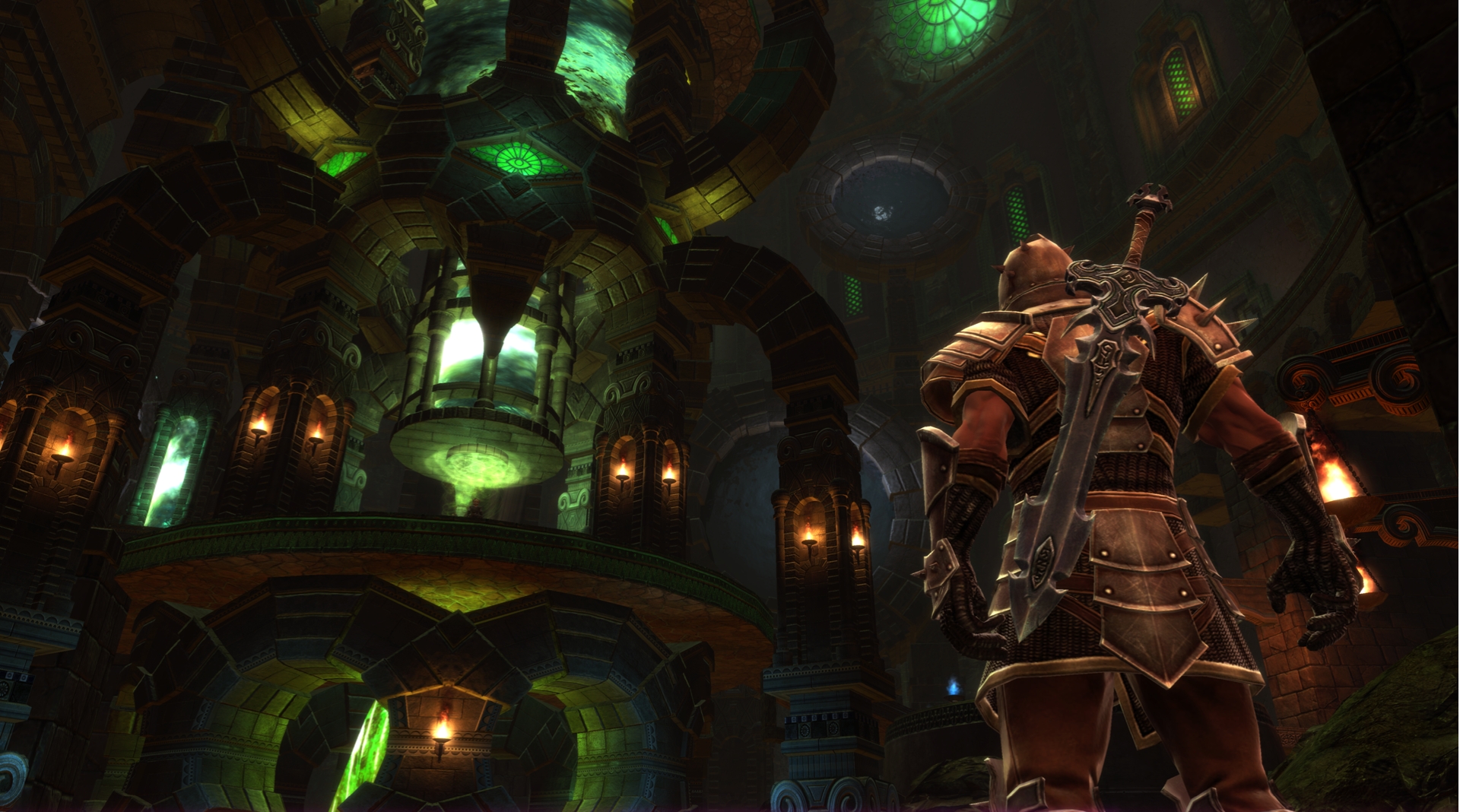 The combat is at least decent because it relies on skill, but the level grinding makes the game really hard. You can use a secondary weapon and a primary, but leveling up your character is also confusing when you start. The tree skill is odd and lets you upgrade skills outside your class which I found pointless. If I’m a mage why would I want to increase my heavy armor and two-handed weapon skill? When the levels don’t come very often you can’t afford to deviate like that, so you just stick to your class skills. The controls are pretty good for combat with parries, counterattacks, dodges, blocks, and magic skills. The animations are fluid, and when I was in combat that was the only time I forgot about this huge confusing open world.

That is probably the only strong point in Amalur besides the pretty art style. However, the game is technically underwhelming and looks like it was made in 2006 or 2007. At the end of a session, you will sit back and not remember a single thing about the game’s story, and characters, and you will be overwhelmed by the amount of pointless and seemingly endless side quests that give a very little reward. Hell, even the looting system is odd with magic rune dispelling on chests and lock picking as well as picking wild plants. Sound familiar? Well, it would with one of the head guys having worked on Oblivion. All the mechanics around everything in this game are just so unpolished and they feel wrong. 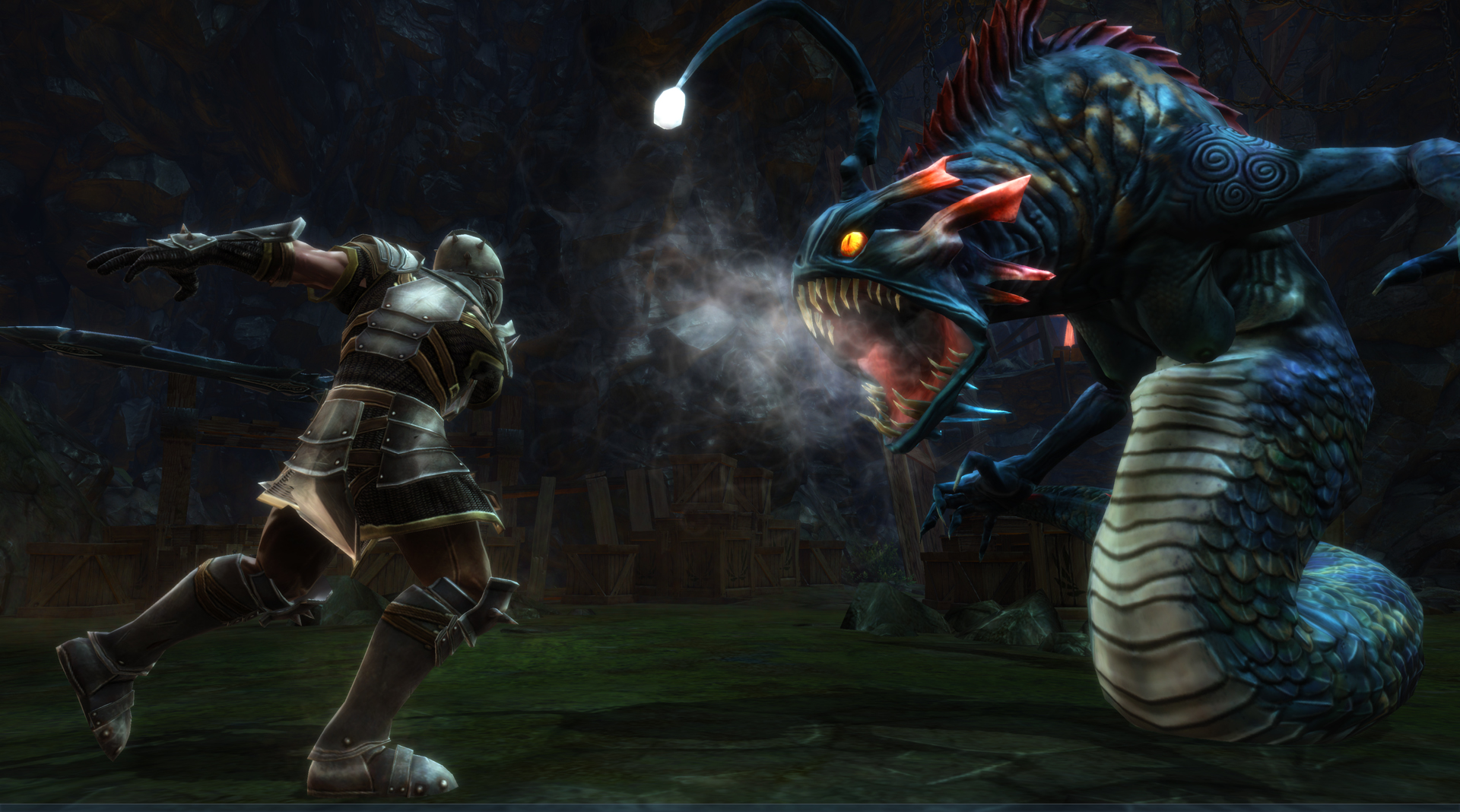 After about 10 or so hours you will probably quit the game and not find any reason to go back. With boring pointless side quests of hunting animals, finding stupid items, and running around aimlessly around this boring huge open world you will call it quits. I had this game sitting on my computer for 10 months and I got in just under 20 hours and couldn’t find any incentive to go back. Even when I had no new games to play I couldn’t even load the game up. I thought about the level grinding, and dozens of pointless side quests, and I couldn’t remember a single thing about the story or remember a single character’s name. The only redeeming thing about Amalur is the art style and combat. If you can stomach all this then go ahead, but most players will get bored quick.