Creative Assembly has made a lot of time period hack and slash games that are decent but have many flaws (Spartan: Total Warrior for PS2 was one). Viking is a decent game but is plagued with repetition. I played this 5 years ago on the Xbox 360 and it was just OK back then. This game has aged like rotten milk only having a decent graphics upgrade. It is worth even a $15 purchase? 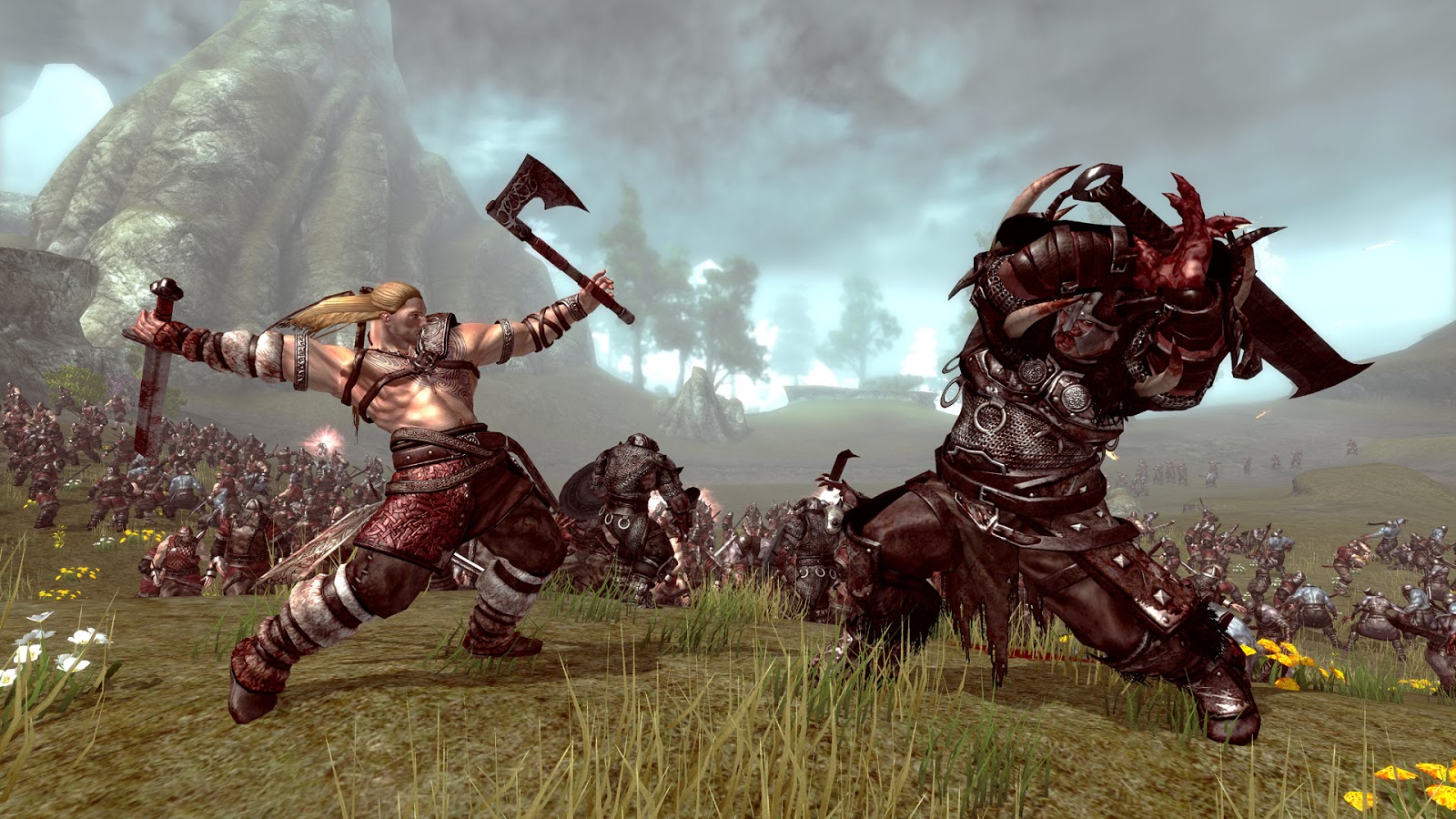 The answer is maybe. Depends on how you look at low-budget ports of older games. Viking has a paper-thin story that is middling on nonsense. All I know are two busty Goddesses are fighting each other and using Skarin (what a dumb name) to round up Vikings to stop Hel’s Legion. Feels more like a Lord of the Rings rip-off when you play it. Aside from the lame story everything in this game is repetitive and grows boring. I finished this game back in 2007, but I couldn’t even finish the third section of this game this time around, I just wanted to tear my hair out. The combat is sluggish with repetitive animations and combat moves. Sure, there are some upgrades, but mashing light and heavy attacks against hundreds and hundreds of enemies are boring. There are a few instant kill animations, but they repeat so often that you will just finish off the enemies normally because of how tiresome it gets. It doesn’t help that the slow-motion goes on way too long.

Using flame pots, throwing axes, and health potions don’t help either. This game can be really tough and you respawn at Leystone locations spread throughout each of the three islands. Your only goal is to run around liberating camps with Viking cages in them. It gets boring because that is ALL you do. There are no other objectives. Some camps require you to “prove” yourself before they join your army. This leads to mundane tasks like gee, liberating another camp to prove yourself. At the end of each island are large fortresses that you liberate which are probably the only interesting thing in the game, the first time. You can summon a dragon to wipe out shamans, but you need to acquire stones to do this which completely breaks this. Once all shamans are dead you liberate that area and move on. No matter how fast your computer is you will experience a massive slow down during these battles because of all the people on screen. This drove me nuts.

Before you can liberate the final town on each island you have to use stealth to sneak in and complete an objective. This was both broken and boring because you have no idea where to go. Enemies spot you too easily and then they call all their friends over and you die. Why you have to sneak into these camps is beyond me. Why can’t you just liberate it then take the item as the reward? After one hour this game is just no fun. The world is empty, there’s no reward for exploration, and the map system is nearly useless. The only redeeming qualities are the gore and the updated graphics. At least the game is really short and can be beaten in about 8 hours.

Overall, if you missed this 5 years ago you’re not missing anything now. If you really need a budget hack and slash then go ahead, but be warned of the boring repetitive gameplay.