I firstly want to say that Ryse isn’t as bad as critics made the game out to be. However, I can see why it was bashed so much. It was the most anticipated Xbox One launch title. When you throw down $500 on a new console plus $60 for a game you expect to get your money’s worth. Ryse would have pissed me off if that was the only game I picked up for the console. It the game awful? No, just very repetitive and feels like a typical rushed console launch game.

The story and characters in Ryse are fantastic. You follow a Roman Centurion named Marius Titus who is fighting the barbarian tribe known as Britain’s. Marius’ family gets murdered by the barbarians, however, there are quite a few plot twists that left me wanting more of the story. I actually love how the story and characters play out. It felt very authentic to the Roman Empire era, I felt like I was playing a piece of history and you can’t say that often about games. The architecture to the way the characters dressed just sucked me in. Even the fighting styles are brutal and authentic to Roman culture. The excellent facial animations and voice acting help drive the story even further, but it’s just so sad that the story was taken down by the repetitive and bland gameplay. 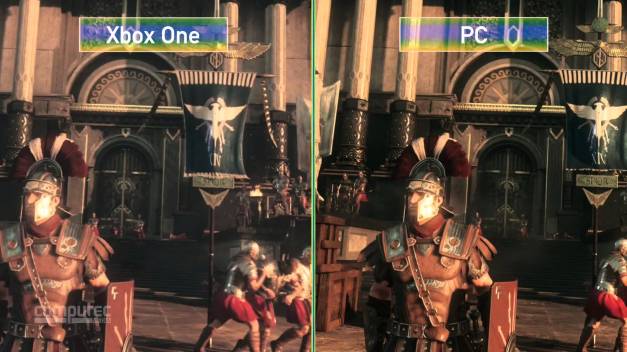 The game actually seems really awesome during the first chapter. You get to order soldiers to fire volleys at enemies and control a Scorpio, but you don’t get that much control. You literally pick where your soldiers go to make the scenario easier or harder for you. There are several instances where this happens and I felt like it was a wasted potential. Swordplay is just so boring by the end of the game. I actually avoided execution moves because they made me nauseous just looking at them (from repetition, not the gore). When you execute an enemy the camera sweeps around in a cinematic frenzy. This is just so cool at first, but then you realize the quick time events don’t do shit. The enemies will glow yellow, blue, red, or green corresponding to the face buttons on the controller. This quick time event concept is actually great because it’s non-intrusive, but if you miss the quick time event there are zero penalties. The animations don’t stop, the enemy doesn’t get the upper hand, no loss of health, nothing. It doesn’t even interrupt your combo which is pretty much blasphemy in the action/adventure genre. Imagine playing God of War and failing a quick time event, after that the kill continues and nothing happens. What’s the point of the QTE then right?

There is one interesting mechanic that forces you to do QTE’s which isn’t too bad. There are four different things you can acquire from these QTEs and that’s health, XP, strength, and focus. I used the health drain and XP the most. I never even used my focus except for a couple of fights in the entire game. That’s not a good sign. To top it all off the boss fights are just boring and awful. Each boss uses the same two move sets through the whole fight and it becomes just a yawn-inducing repetitive hit-and-dodge game. What makes the combat the worst of all, out of everything, is the same 10 execution animations are used on top of the same 5 enemy types that are just reskinned. It’s a lazy move that cost the game its legs and character that it got from the story and characters. 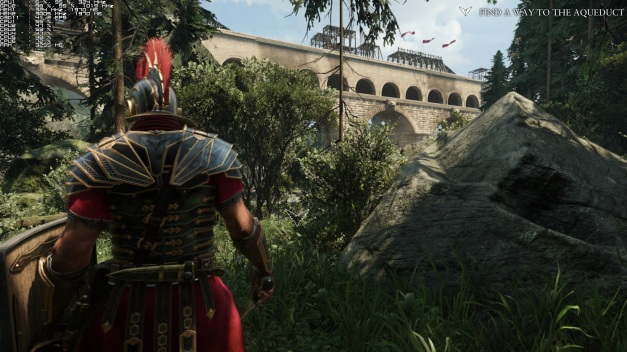 Don’t get me wrong, the game is worth a weekend rental and it’s quite enjoyable thanks to the frequent locale change and fast-moving story. Thankfully the game doesn’t overstay its welcome by clocking in at about 4-5 completion time. I was able to get nearly all the upgrades before the end of the game, but this game is not worth a second playthrough, not one bit.

Let’s talk about visuals. Ryse is actually one of the best next-gen console game to be released…looks wise. On PC there are some enhancements like AA and SSAA as well as better shadows and higher resolution textures. However, this game requires a monster rig (GTX Titan) or SLI 8xx-9xx cards to run at 60 FPS maxed out. My i7 4770 and GTX 670 dropped down to the teens in some areas. Ryse uses the CryEngine 3 which looks freaking amazing and next-gen consoles finally have the power to use it. If you don’t have a rig that was built in the last 18 months you should probably play it on Xbox One. There’s even an option to use Insane textures for 4GB VRAM GPUs. Ryse is one of the few games out that really pushes new rigs to their limits, so this is a good thing for PC gamers. 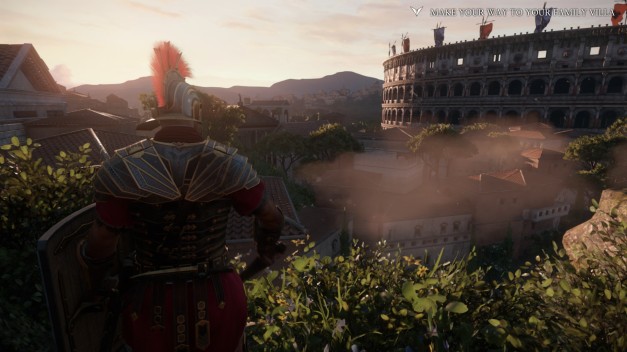 The screenshot was taken directly from my game

Topping it all off, Ryse isn’t an awful game. It’s a game that has strong legs that are weakened by the repetitive combat and awful boss fights. Many of the locales are just awesome, like the Colosseum, but it doesn’t overstay its welcome which can balance this out a bit. If the game was pushed back another year we could have had the best gladiator type game ever made (Shadow of Rome and Spartan: Total Warrior still remain at the top). It’s a great weekend rental or bargain bin purchase but nothing more.