The DiRT series has come a long way from the Colin McRae Rally series and has been around for over 15 years. Codemasters has always pushed the latest hardware for the best physics and graphics possible and DiRT 3 is no exception. Not much has changed from DiRT 2 besides a visual, physics, car roster, and track upgrade. The core gameplay is pretty much the same. This time around the visual aesthetics steer away from the street gang style of art and move onto a weird psychedelic thing about triangles…don’t ask me.

The main attraction here is the new Gymkhana events which are all about tricks. Doing donuts, spins, getting air, drifting, and all the fun stuff you can’t do on the track. Pull out into a third-person view (it’s not really possible in the first person) and tear around the area trying to rack up a certain amount of points, beat a speed run, or smash into a certain amount of objects. It’s all great fun but takes a lot of time to master. The cars can be squirrely because of how powerful they are and learning when to time each trick takes hours. You will get frustrated early on but keep at it because once you unlock the Battersea Compound to complete 80 missions you will master it there. 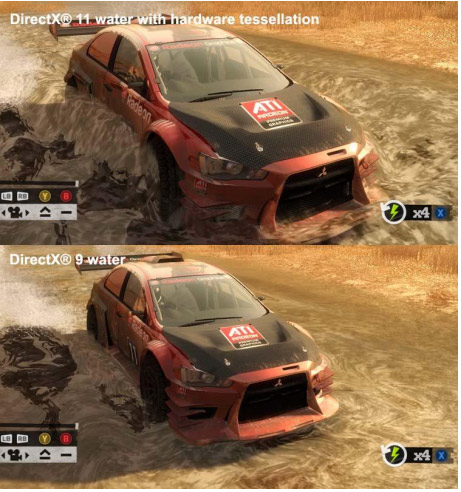 All the other event types are back such as Rally Cross, Rally, Land Rush, Trailblazer, etc. My biggest gripe is that there aren’t any new event types besides Gymkhana. The repetitive nature sets in at about the halfway point in the tour because of the lack of events and tracks. All these events are loads of fun, but most people probably won’t finish the tour due to the fact that it’s the same as DiRT 2. What does help is the new weather system which gives us snow, blizzards, heavy rain, and more night races really help? It helps give some variety to the tracks, but you will spend a good $30 buying the new tracks and cars which are a major rip-off and not worth it. 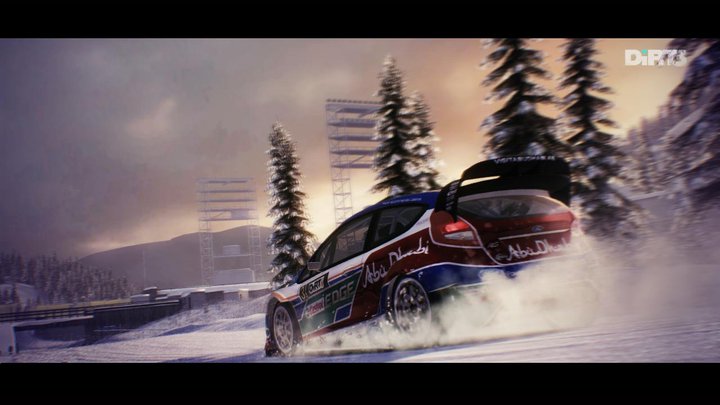 The physics has improved and felt a little less floaty or too heavy. Of course, you can always tune your car if you don’t like the way it drives, but we still can’t customize them, and they even took away the little dash toys to show off the physics engine. I really want to customize my cars, but at least there is a bigger variety in them and you unlock them at a faster rate. The graphics are phenomenal and PC users get treated to some DirectX 11 features such as better lighting, shadows, and blur effects. It’s very light so don’t expect a huge difference, but it lets us PC gamers know we get a little extra.

I also wish those stupid announcers would shut up like they wouldn’t in DiRT 2. They are more annoying now than ever and I really hate the hip menus Codemasters is doing. What happened to the slick simple menu of DiRT 1? Besides this, the online modes are fun and not much different from the past two games except for the addition of Gymkhana. If you loved DiRT 2 pick this up, but newcomers will be amazed at all the greatness.