After playing Call of Cthulhu: Dark Corners of the Earth over 10 years ago, I have been patiently waiting for another game in the H.P. Lovecraft universe and none have come. Call of Cthulhu has been a long game in the making, but does the long production cycle pay off and allow a good story and characters to cook?

You play as Edward Pierce, a private detective investigating a murder on a remote island, but all he has are paintings for a lead. This leads to the artist, Sarah Hawkins, and her mansion where he discovers a strange cult and killer hospital. The game starts out great with a slow burn of atmosphere and character building and mystery. Walking around the island for the first time shows some of the game’s weaknesses such as the fact that this is clearly a low budget game. The game looks like it was made for the Xbox 360 and about 10 years old with ugly dated textures, stiff facial animations, and the voice acting is hit or miss for some characters. Edward’s actor is great, but Sarah’s actress is deadpan and bored.

The objective of each of the 14 missions is to walk around and inspect objects to unlock various dialog options with characters. I honestly don’t feel this was completely fleshed out as the game pretty much unfolds the same no matter what, it just literally unlocks a new dialog option, or might give you a bit more insight to the story. You can level up various abilities like Occultism, Investigation, and Hidden, which allow you to unlock various dialog options, so it clearly feels forced and like the developers had this level up system and didn’t know what to really do with it. 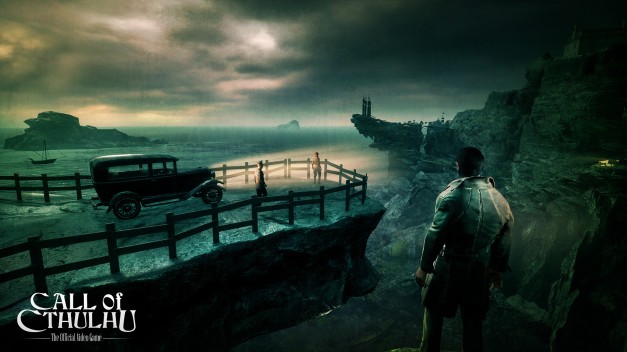 Looking around for objects doesn’t really bother me much, but as the game moves on the story starts to make no sense and I got completely lost as to what was going on. There’s a connection between the local hospital and the Hawkin’s mansion as well as three or four characters, but I never understood why the cult wanted to resurrect Cthulhu, we never get to see Cthulhu, and towards the end the game relies on fish-eye lenses, rapid camera movement, and sounds to scare you instead of using the environment and atmosphere. There are a few tense moments in the game, such as when the Shambler comes after you in the art gallery, but nothing really stands out. There are two stealth missions where you have to sneak around solving puzzles, but even these aren’t too complicated.

The game just feels like a sample platter of ideas that never really took off and were made into anything. With dated visuals, gameplay, and a confusing story and characters that don’t really have a soul, there’s not much to really care about in this game. I only pushed through because I’m a die heard H.P. Lovecraft fan and loved Dark Corners of the Earth so much I was hoping this would live up to it, and sadly, it doesn’t.